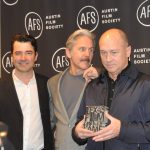 “Office Space” is that rare film that grew from a less-than-stellar opening to become one of the most loved (and rented) films in history. It has gained fans around the world, its popularity spreading via word-of-mouth, since the unfortunate “Big Bird” poster advertising the film was considered a major faux pas at the time. (It depicted the character Milton with yellow post-it notes all over his body.)   On the occasion of “Office Space’s” twentieth anniversary and also in conjunction with inducting Director Mike Judge (“Beavis & Butthead” creator) into the Texas Hall... Read More 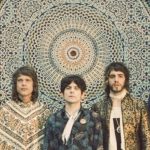 Chicago’s Lucille Furs will be opening for Diane Coffee at Daytrotter, 324 Brady St in Davenport, on Sat, June 2 at 8PM as noted at http://www.daytrotter.com/live-shows/133.html After a successful run of showcases at SXSW and a show at Elsewhere in Brooklyn recently, Lucille Furs are looking forward to several shows/festival performances this summer, including a set at Daytrotter on Saturday, June 2! The band’s most recent single is entitled “Another Land” and is out now via Chicago’s Treehouse Records. “Another Land” is streaming at https://soundcloud.com/ treehouse-records-chicago/... Read More