Home › Columns › Sean Leary › Should You Judge Someone On Whether They Like Nickelback?

Should You Judge Someone On Whether They Like Nickelback?

There’s a scene in Nick Hornby’s “High Fidelity” where the lead character, played by John Cusack, asks whether or not it’s fair to judge people largely on their music tastes.

Who are your favorite singers?

When I was younger, particularly in high school and early college, I was inclined to judge potential friends and girlfriends in large part on their musical and pop-culture tastes.

Yes, I was an entertainment snob.

Hard to believe, I know.

In comparing preferences in music, TV shows, movies, and books, I felt you could tell a lot about how much you would have in common in other areas. Each of my favorites reveals a defining trait about me. An idealism. An ideal. A passion. A way of looking at the world. A way I work, a way my mind and heart moves.

To some extent, this is still true. As I think it is for most people. Look at someone’s list of favorite books, TV shows or music, and you learn a lot about that person.

Certainly, this may seem superficial, but then again, so is basing attraction solely on each other’s physical attributes, and that definitely hasn’t gone out of favor. 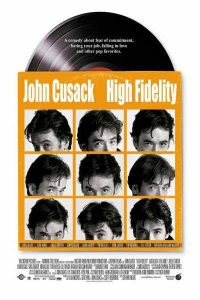 But what if there’s something more to this? What if a person’s inner workings, chemistry and physiological proclivities actually are revealed by these things?

Stick with me here.

We, as human beings, are in our essence a series of molecules that are mostly empty space. If you look at an atom, it’s a tiny nucleus surrounded by protons and electrons that are once again, quite small. In between those solid bodies? Nothingness.

So, what holds us together?

Our atoms vibrate at a set rate that makes us solid. This is science. It’s proven. And likewise, it’s also been proven that certain vibratory states or exposure to certain sonic sensations elicit certain physical reactions. It could be something as simple as a pounding bass driving us to the dance floor or something as complex as the military firing microwave pulses toward an oncoming army to cause headaches.

So, if this reaction to vibration unites us, if our bodies are so entwined with these vibrations, wouldn’t it make sense that those of us who react strongly to certain vibrations — i.e., musical styles — would share a certain body chemistry or rate of vibration that produces a similar reaction? 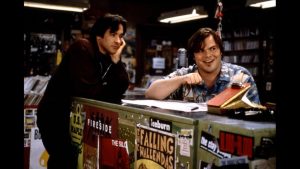 And likewise, couldn’t that be transferred to literature, which is a series of words, symbols for sounds that likewise create similar vibrations either internally or externally?

Ergo, we would have more in common.

So, maybe it’s not so far-fetched to think that if you and another person have very similar musical or literary tastes, you may have more in common with that person on a deeper level.

Just something to think about the next time you’re on a date and someone asks you what kind of music or books you like.

Sean Leary is an author, director, artist, musician, producer and entrepreneur who has been writing professionally since debuting at age 11 in the pages of the Comics Buyers Guide. An honors graduate of the University of Southern California masters program, he has written over 50 books including the best-sellers The Arimathean, Every Number is Lucky to Someone and We Are All Characters.
Tagged: booksHigh Fidelityjohn cusackmoviesmusic snobsNick HornbyNickelbackTV