Home » Columns » Sean Leary » COULD `THE FORCE’ BECOME A RELIGION?

COULD `THE FORCE’ BECOME A RELIGION?

Could “May the Force be with you” someday be more than a T-shirt slogan? Might it one day become the climactic phrase of a religious ceremony?

According to Hollywood lore, when the first “Star Wars” film became an outrageous success, George Lucas’ ambitious friend Francis Ford Coppola suggested that Lucas try to turn the philosophies of the “Star Wars” series into a religion. Lucas laughed it off.

However, given recent events, he may have to once more fend off Coppola’s insistence. 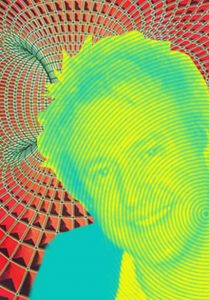 Since Disney bought the franchise, the “Star Wars” films have become more popular and ubiquitous than ever.

But that just makes them tremendously hyped films, not the seedling of a religion.

“Star Wars” fans often have spoken of being in harmony with Lucas’ philosophies regarding the Force. There are Web sites devoted to the topic. And locally, there is at least one fan who found the spiritual aspect of the films to be their greatest draw.

“I never go to church, but I’m really attracted to the spirituality of `Star Wars,’” said Chris Bornhoeft of East Moline, who is undoubtedly the biggest “Star Wars” fan I’ve ever met. “The hard-core fans really believe in the ideas expressed in the films.

“I would join that religion, if it became an actual religion,” Bornhoeft said. “It’s not like it would be invalid. There are a lot of good points to it. It’s very positive. It’s based on combinations of other religions. There is a light side and a dark side, and there’s a point where you decide to be good or bad.”

True enough — that sounds pretty much like the basic idea behind every spiritual path on this planet, regardless of dogma. That’s no coincidence. Even Lucas, who has said he never intended the Force to become a moral guide, admits that its genesis lies in various established religious tenets.

Likewise, many story elements of the films echo those of much older creeds. For example, Qui-Gon Jinn’s discovery and announcement of Anakin Skywalker as the savior of the Jedi parallels John the Baptist making the way for Jesus. The fall and ultimate redemption of a main character, in this case Anakin, is a leitmotif in several spiritual philosophies. And dying in order to go on to a better life beyond this one where the spirit is much more powerful (see Obi Wan Kenobi’s demise) is pretty much the cornerstone of every major religion.

Still, even considering the overwhelming positivity of the Force philosophy, merely discussing this is heresy to many people. That doesn’t dissuade Bornhoeft.

“It just doesn’t make sense to people who have never tried to sit down and discover what’s going on,” he said. “But if you think about it, it does (make sense).”

So who knows? Maybe when all is said and done, and the entire “Star Wars” story is told, it may become more than just the most successful franchise in the history of cinema. It may become part of a deeper aspect of history. It’s very, very unlikely it will become the next Christianity, Judaism or Islam, but it could develop a small following.

After all, a similar situation has occurred in the past. Remember that Tom Cruise, John Travolta and many other celebrities are devoted to Scientology, a religion created by L. Ron Hubbard — a science-fiction writer.

May the Force Be…a religion someday as well?

Sean Leary
Sean Leary is an author, director, artist, musician, producer and entrepreneur who has been writing professionally since debuting at age 11 in the pages of the Comics Buyers Guide. An honors graduate of the University of Southern California masters program, he has written over 50 books including the best-sellers The Arimathean, Every Number is Lucky to Someone and We Are All Characters.
SeanLeary.com
Tagged: Francis Ford CoppolaGeorge LucasLuke SkywalkerreligionSean Learystar warsthe forceYoda