Home Is Where The Heart Is For Jodi Royal Goodwin

They say home is where the heart is, and that’s certainly been the case with Jodi Royal Goodwin. The Housing Administrator for the City of Muscatine has poured her heart and most of her life into the cause of finding affordable and stable housing for people in need. 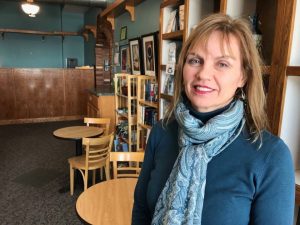 Goodwin has called many places her home over her life. She grew up in a rural area between Wapelo and Durant and graduated from Wapelo High School before going into the Army for four years. After leaving the service, she came to Muscatine Community College to earn her Associates. She would go on to Las Vegas to graduate from UNLV with a Bachelors in Sociology and then make her way to Iowa City for a dual Masters in Social Work and Urban Planning. Between her BA and MA, she worked for the Rock Island Children’s Advocacy Center, helping children who had been abused and at Family Resources doing case management for foster children.

“I wanted to do more to help, which is why I went back to get my Masters, because in so many circumstances peoples’ living conditions was a factor in the outcome of their lives,” she said. “I wanted to be more involved in the planning of that housing.”

That strong spirit of altruism is what got her on her career path to start.

“After I got out of the Army I wasn’t sure what I wanted to do and I was having a long conversation with my stepdad and I said I really wanted to help people, and thinking about that and staying with that goal was what led me into sociology and social work,” she said. “I’ve really enjoyed it. I’ve worked for non-profits for most of my life and it’s very rewarding to be able to make such a positive difference in people’s lives. Being able to be a part of policy changes that you know are going to help people is really rewarding.

“We all experience things that make us harder or more compassionate,” she said. “I think the the fortunate thing for me is that I had parents who were very compassionate. Both parents worked swing shifts at Monsanto, but they also did Meals on Wheels and volunteered with MCSA, so I grew up seeing them helping people and saw what a difference people can make in a community.” 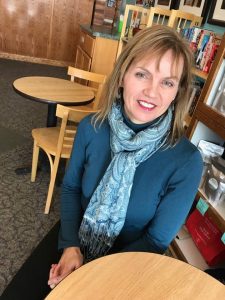 One of her biggest accomplishments was while she worked in housing development in Reno, Nev. There she was part of a program spurred by then-mayor Bob Cashell that poured over $20 million into building houses for the homeless.

“I really enjoyed that experience,” she said. “Sometimes it was really frustrating, sometimes it was really rewarding. But when you’re dealing with politics and large organizations and budgets it’s always evolving and it’s always a changing process to try to make things work to help people. It’s not just about easy fixes, it’s about long-term solutions, that’s what’s important.”

She’s brought that same passion back to Muscatine for the past three years in her position.

“In some ways Muscatine and Reno are similar, they don’t have that much developable land so we have to work with what we’ve got and renovate and re-use what we have,” she said.

Getting people to realize the perspectives behind those in need is another goal of hers, she said.

“People don’t think about how fortunate they are sometimes,” she said. “Think about where you would be without your parents and the network of friends and family you have. A lot of people who find themselves homeless or in a challenging situation don’t have those things and some of them never had those things. It’s hard to overcome that.”

Goodwin has been fortunate in her own home life, she said. She’s married to Robert Goodwin and they have four children between them. They ultimately moved back to the area in 2015 to get back to their own families, and she brought with her the desire to help other families and those less fortunate than her.

“I enjoy my job a lot, I enjoy partnering with other organizations and I love that this community is so giving, there are so many people willing to help,” she said. “It’s all about making the community a better place, for all the people in the community.”

It’s all about, she says, making it feel less like just a place people live, and more like home.

Sean Leary is an author, director, artist, musician, producer and entrepreneur who has been writing professionally since debuting at age 11 in the pages of the Comics Buyers Guide. An honors graduate of the University of Southern California masters program, he has written over 50 books including the best-sellers The Arimathean, Every Number is Lucky to Someone and We Are All Characters.
Tagged: City of MuscatineJodi Royal GoodwinMuscatineMuscatine Community College