Warm Your Belly and Heart at this Fundraiser 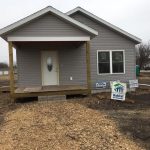 Fill both your belly and you heart this weekend at the Annual Habitat for Humanity Soup & Sandwich Lunch! This annual fundraiser for Habitat for Humanity takes place on Sunday Jan 20 from 11 a.m. – 1 p.m. at Wesley United Methodist Church (400 Iowa Avenue Muscatine). Enjoy four homemade soups along with sandwiches, relishes and dessert for a donation of $5 for adults and $3 for children under 10 years. Tickets are available at the door. For more information, visit https://www.facebook.com/events/268467824066419.  Read More 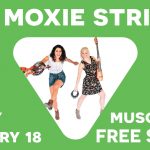 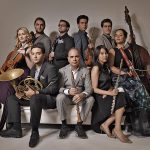 New York City based mixed chamber ensemble, Frisson, is coming to Muscatine! Frisson Ensemble will take part in the Jackson Concert Series at Wesley United Methodist Church (400 Iowa Ave. Muscatine) this Thursday Nov 8 from 7:30 – 9 p.m. This event is free and open to the public. From New York City, the ensemble features the best and brightest of classical music’s rising stars drawn from many of the nation’s major music schools including Julliard, Curtis, and Yale. Frisson showcases a myriad of rarely performed masterworks. Listen and enjoy as Frisson expands and contracts into a... Read More