Home › Articles › Local › It’s No Mystery: Clemens Has Had A Killer Writing Career

It’s No Mystery: Clemens Has Had A Killer Writing Career

The Muscatine-based mystery writer is closing in on almost 50 books in stores worldwide, solo and with writing partner Max Collins, but his history as a scribe began with his inability to inscribe by hand.

“My handwriting was so bad in third grade that my teacher gave me assignments where I had to write a page from a book over, and over, and over again, to get me to practice my penmanship, because I guess she thought that was the best way to do it,” the sly, dry-witted Clemens said over lunch at Salvatore’s recently. “And, understandably, it was incredibly boring and I got tired of doing it really fast. So instead of writing the sentences, I started to write stories. I just started writing down the stories in my head. And whereas before it would take me forever to finish writing, now it happened really quickly and it was really easy. And it was at that point I realized, hey, this is pretty fun.” 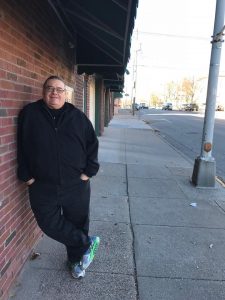 However, while that was the beginning of Clemens’ love affair with writing, consummating the marriage of it being his career took considerably longer.

“This was the 1960s and ‘70s in Iowa and my parents didn’t know any writers in Iowa, I didn’t think you could make a living doing this, so my parents wanted me to have something to fall back on, so I kind of bounced around from Augustana to Palmer to University of Iowa, and ended up taking a job with Sears Manufacturing,” Clemens said. “For over 14 years I worked there, but I found out that even though I got the house and two cars and everything you were supposed to do to be happy, I realized I wasn’t happy. So I started writing again.”

His first writers’ conference was in 1987 and began the rekindling of his passion for creating worlds in his head and transferring them on to the page. He sold his first story, “Family Values,” in 1992, to an anthology being edited by Max Collins and Mickey Spillane. “It was ok,” he says, humbly, “I didn’t get that excited. I figured ok, I was good enough to sell something once, but didn’t know if I’d be able to sell anything again. So I just went back to work.”

And he’s continued along that path ever since, often with the man he met through that anthology, Max Collins. But why mysteries and crime novels? What is it about that shade of literary noir that captures his imagination and fires up his creativity?

“I’m still trying to figure that out,” he says with a smile. “I always say, mystery writers are the nicest people who murder people for a living. And we all came to this path in a different way. I think it started when I was a kid and I enjoyed reading Encyclopedia Brown, and from there I went to reading Sherlock Holmes, and that went to Doyle, then Poe, then Chandler, Hammett and I got hooked on it.” 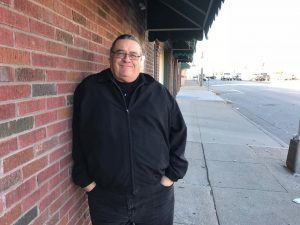 The allure of fiction in general comes from a more magical and cheeky place.

“I like the fact that these people come alive for me,” he said. “And being a writer means you can kind of keep that creative spark you had as a kid, which is really kind of a blessing when you think about it. It’s a chance to not grow up.”

Clemens’ next project is a forensics-based western set in Davenport around 1870, utilizing the science and practices of the time. The lead characters will meet real-life people from the era, although the cases will be fictionalized. The project involves a considerable amount of research, an aspect which Clemens relishes.

“I’ve always liked the research, I’m a big believer that the more truth you include in a lie the more believable the lie becomes, so I try to put as much truth into my 400 page lies as I can,” Clemens said. “I’m really enjoying it. I’ve met two characters that I just enjoy spending time with, and this gives me the chance to learn more about them.”

That sense of mystery, in the writing and the process, is one of the best things about it, he said. As for the biggest challenge?

“The greatest thing about writing is that every day is a surprise,” he said. “The worst thing is that fear that sooner or later people are going to find out that you’re a talentless fraud. But I’ve learned over 25 years that as soon as you’re not afraid, your stuff starts to go bad and you don’t have that push to make it great, so it’s become a necessity for me. You want it to be the best it can be because it’s a betrayal not to do that.”

Clemens can only estimate the number of words and sentences he’s written since that fateful day in third grade. But while his life is decidedly different, one thing hasn’t changed.

“My penmanship still sucks,” he says. “But thanks to the computer, at this point I hardly write by hand at all.”

Sean Leary is an author, director, artist, musician, producer and entrepreneur who has been writing professionally since debuting at age 11 in the pages of the Comics Buyers Guide. An honors graduate of the University of Southern California masters program, he has written over 50 books including the best-sellers The Arimathean, Every Number is Lucky to Someone and We Are All Characters.
Tagged: Augustana Collegelocal authorsMatthew ClemensMax CollinsMuscatinemystery writerPalmer CollegeSalvatore's