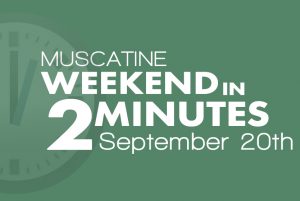 All Senses Festival stuns and excites the senses, there’s a Halloween costume swap and a Jeep Run rolling into Muscatine, John Popper of Blues Traveler travels into town and there’s all sorts of other shenanigans going on as well mentioned here and only here on your rundown of the cool stuff going on in and around the Quads this week end!
Advertisement

Sean Leary is an author, director, artist, musician, producer and entrepreneur who has been writing professionally since debuting at age 11 in the pages of the Comics Buyers Guide. An honors graduate of the University of Southern California masters program, he has written over 50 books including the best-sellers The Arimathean, Every Number is Lucky to Someone and We Are All Characters.